“Why the hell are you here in winter?” This is what a guide in Iceland asked me on our third day. And after only been there for two days I was able to say: “Why the hell not?”

Iceland is known as a very cold country. A country, where you know, that you won’t have a warm, sunny and tanning holiday, no matter what time of year you’re going. This didn’t bother me at all, especially since the country has been on my list forever. And when my friend suggested November for it, I didn’t have to think for even a second. I was in. But of course, going in November takes some other planning than going at a warmer time does.

One of the first things we did was book a car. Naive as we were, we booked a tiny little car at first, especially since it was cheap, but the more we read about traveling in Iceland around this time of the year, the more sure we were, that a 4WD was the best car to get. So we did. We booked it via Blue Car Rental and payed around 340€ for 6 days.

Tipp: If you get to KEF airport, you have to take a shuttle to the Blue Car Rental station, which leaves outside the building. It only takes around 5 minutes though.

Packing is the second thing that’s very different to any other trip I’ve done so far. Important things to remember (next to warm clothes, obviously) are:

Another thing my friend packed, which was very clever, was a thermos bottle which we filled with hot tea every morning and drank from all day. It was super useful when getting back into your car after shooting photos in the freezing cold. On top of that, a normal reusable water bottle is great as well. You can easily drink the tap water in Iceland, so just filled it up in your guesthouse. 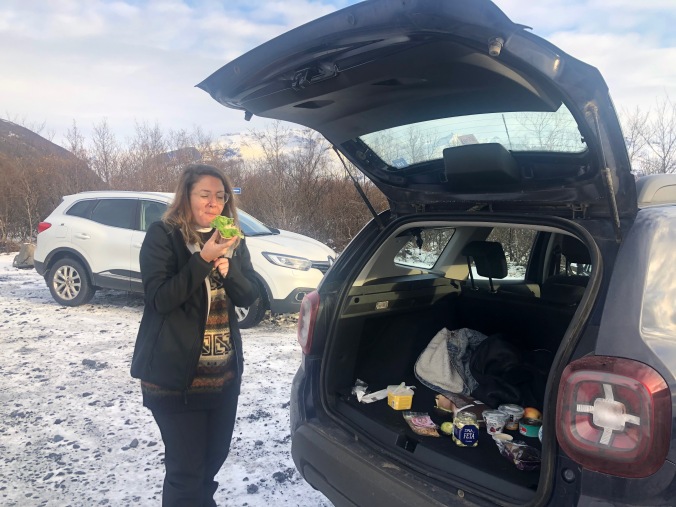 Since food is pretty expensive around Iceland, buying stuff at the supermarket and eating it in your car or anywhere else on the road is a cheap(er) way to get around. If that’s your plan, remember to bring some reusable cutlery with you. (We, for example, always bought Wraps, Hummus and different toppings such as Tuna or Feta.)

Most people who go around this time of the year expect to see Northern lights. And we did. Here are some things you need to know for it: (Keep in mind, I am not expert though!)

Check offered tours in advance. There are so many crazy things you can do around Iceland (which obviously varies with the seasons) so make sure to check in advance, which activity might be interesting for you. Hiking, Horseback Riding, Whale Watching, Snorkeling, Glacier Hiking and so on. The possibilities are endless and unfortunately time never really is.

This paragraph is as relevant for summer as it is for winter tourism, but it’s an important one: Money. When we got to Iceland first, we got some cash out of an ATM, just to be sure. And we rarely needed it. There were some Hot Springs where we payed cash and I didn’t see a card machine but everywhere else we were able to pay by card – gas stations, parking lots, restaurants, museums… So don’t even bother to take out too much money if any, since I had definitely had some trouble getting rid of it. 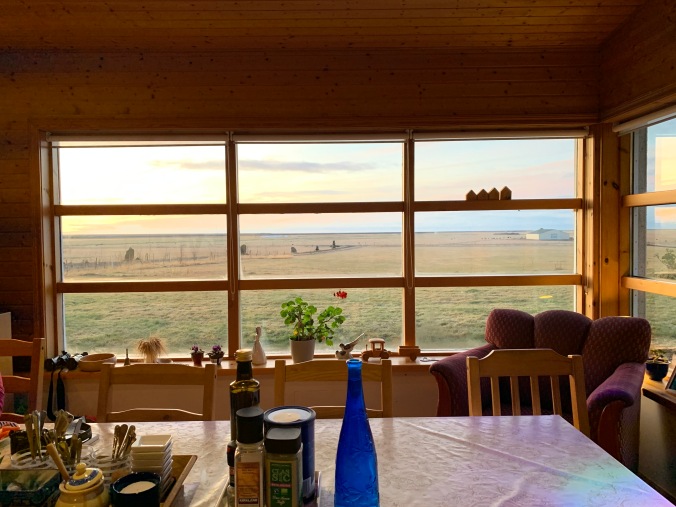 When it comes to accommodations, I have no real tipp for you. We booked most of our guesthouses two weeks in advance and payed between 30 and 40€ a night per person. Since it was low season, we didn’t really have any troubles finding places to stay at all. Just make sure to book places along the Route 1 and not too far off, since some streets, that are not paved, can be blocked by snow and ice.
Tipp: Most guesthouses offer breakfast as well and it’s not only a great way to save money but you can also try the most delicious typical Icelandic dishes there!

That’s it. A blogpost with all my important tipps when planning a trip to Iceland in winter. I hope it didn’t discourage you to go because trust me, it is so abso-fucking-lutely worth it!!!